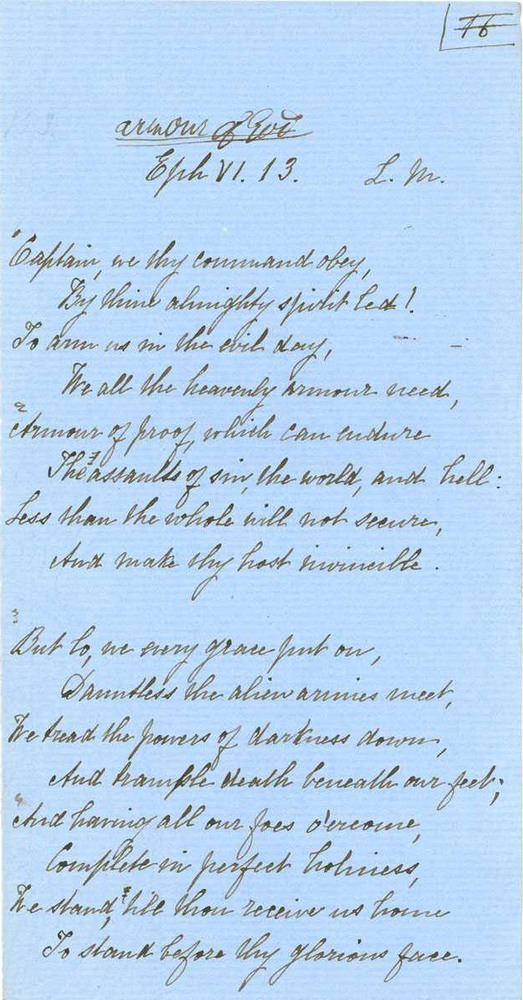 When Charles returned from America, he was exhausted and distraught. John also felt discouraged after coming back from America. However, they both would later experience a spiritual renewal in 1738 (Yriogen 2013, 7). Much of Charles’s ministry would be spent in preaching throughout various chapels and homes as well as outdoors throughout his life (Yriogen 2013, 8). During Charles’ life he was known as a preacher, pastor, and leader (Lloyd 2007, 40). Charles would face opposition throughout his ministry because of his call for repentance from sin and a holy living, which included more than occasional attendance in church (Yriogen 2013, 10).

Charles was a creative genius. His deep and wide-ranging scale of emotions are expressed in his hymns (Tyson 2007, 6-7). Throughout his life, he composed nearly 9,000 hymns. It is said that he composed ten poetic lines a day for fifty years (Christianity Today). His most famous hymns include “Hark! The Herald Angels Sing”, “And Can it Be” and “O for a Thousand Tongues to Sing”. 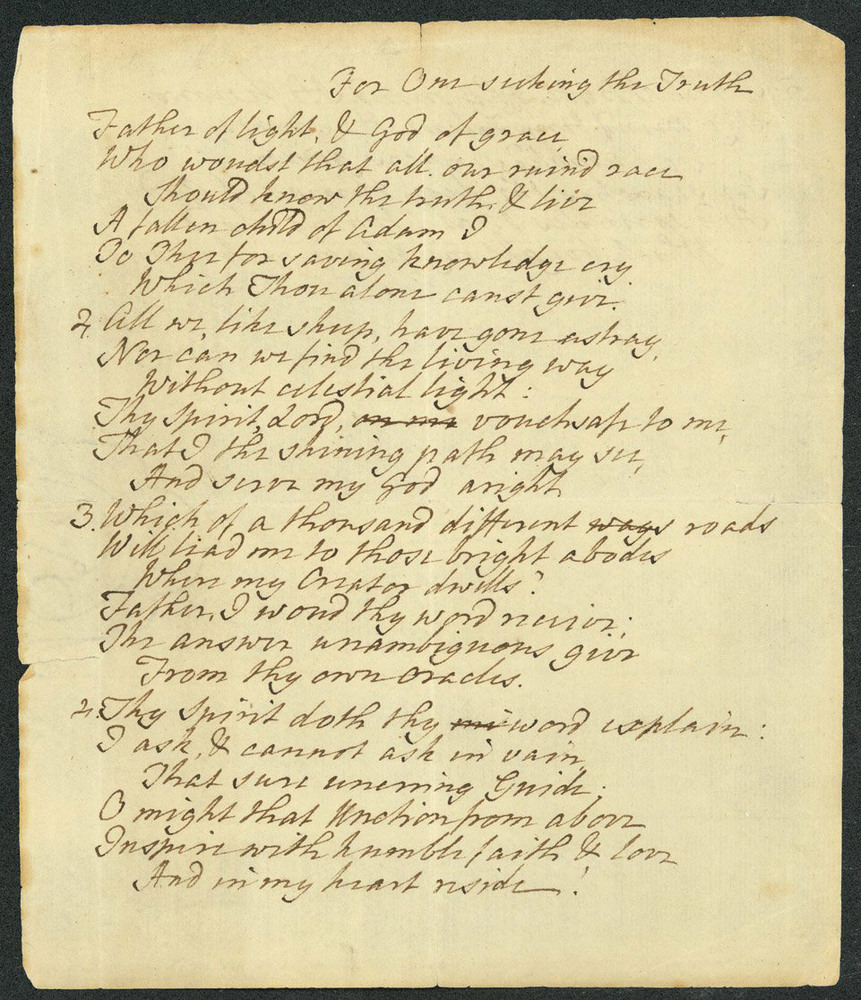 This item is an unpublished Charles Wesley hymn called “Father of Light and God of Grace”.
View full item in the Atla Digital Library

The Wesley brothers were known for their emphasis on music. They encouraged the singing of hymns at both private and public gatherings (Temperley 2010, 5). Singing hymns is an integral part of the Methodist identity (Gorman 2013, 126).

Much of his hymns center around the idea of resignation, meaning intentionally moving to a closer relationship with God by making offerings of the things valued most by the believer to him (Lunn 2019, 1). Many of Wesley’s hymns also centered on grace. Grace is an important aspect to Methodist theology. The United Methodist Church defines grace as “the undeserved, unmerited, and loving action of God in human existence through the ever-present Holy Spirit” (United Methodist Church 2016, 51). The Wesleys believed that if one has received grace then they have received the Holy Spirit (Gorman 2013, 127).

Handwritten copy of “Rejoice, the Lord is King”. Page 1 of 2.
View full item in the Atla Digital Library

Handwritten copy of “Father, Thou Know’st Whate’er We Need”. Page 1 of 2.
View full item in the Atla Digital Library. 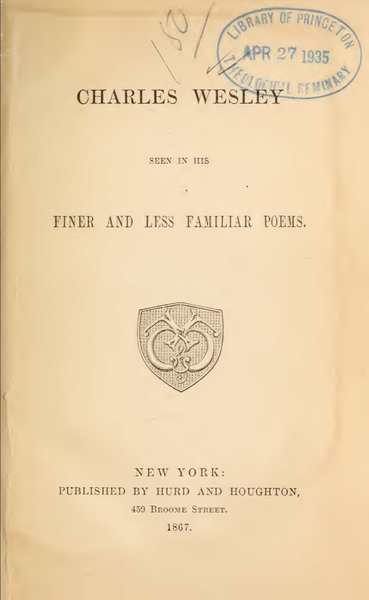 A collection Charles Wesley’s poems in a book entitled, Charles Wesley As Seen in His Finer and Less Familiar Poems, published in Hurd and Houghton in 1867.
View full item in the Atla Digital Library