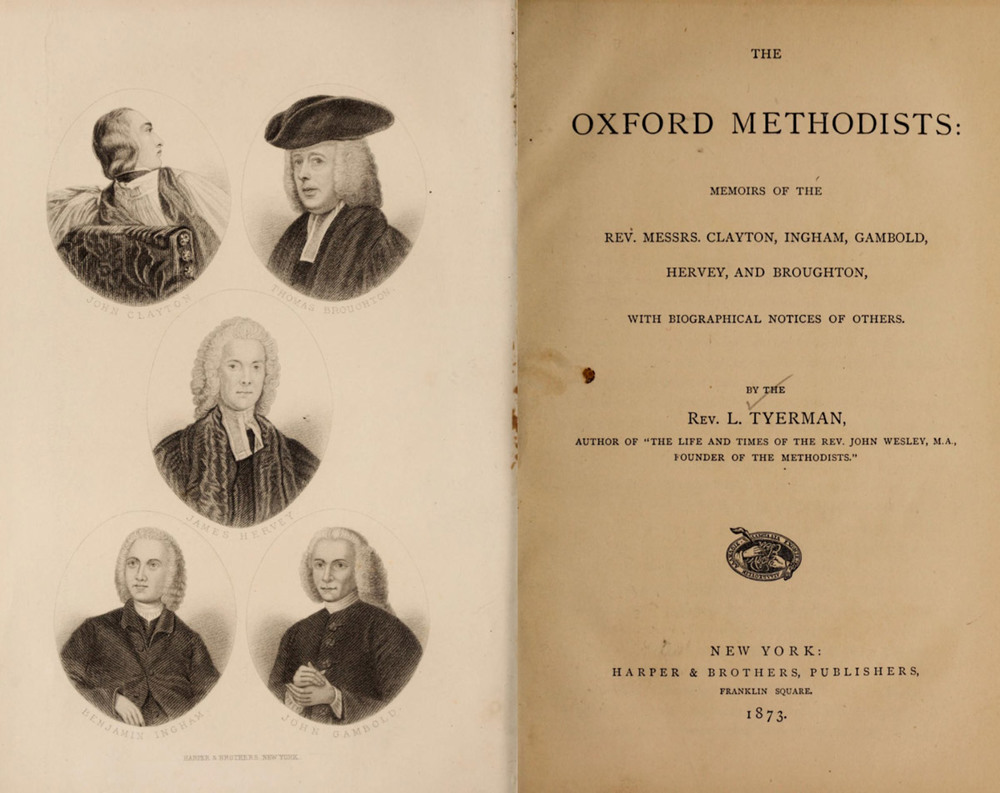 The Oxford Methodists: Memoirs of the Rev. Messrs. Clayton, Ingham, Gambold, Hervey and Broughton, with Biographical Notices of Others written by Luke Tyerman in 1873 and published by Harper Brothers. This book was written to give attention to the lives and ministries of the men in the Holy Club.
View full item in the Atla Digital Library

When Charles first arrived to go to school at Oxford, he was not deeply devoted to religion. However, over time he re-committed himself to the faith and followed the “method of study” of religion that was prescribed by the university, which is how he earned the nickname of Methodist. However, there is some dispute among scholars on whether he was the first person to ever be referred to as a Methodist (Yriogen 2013, 4). 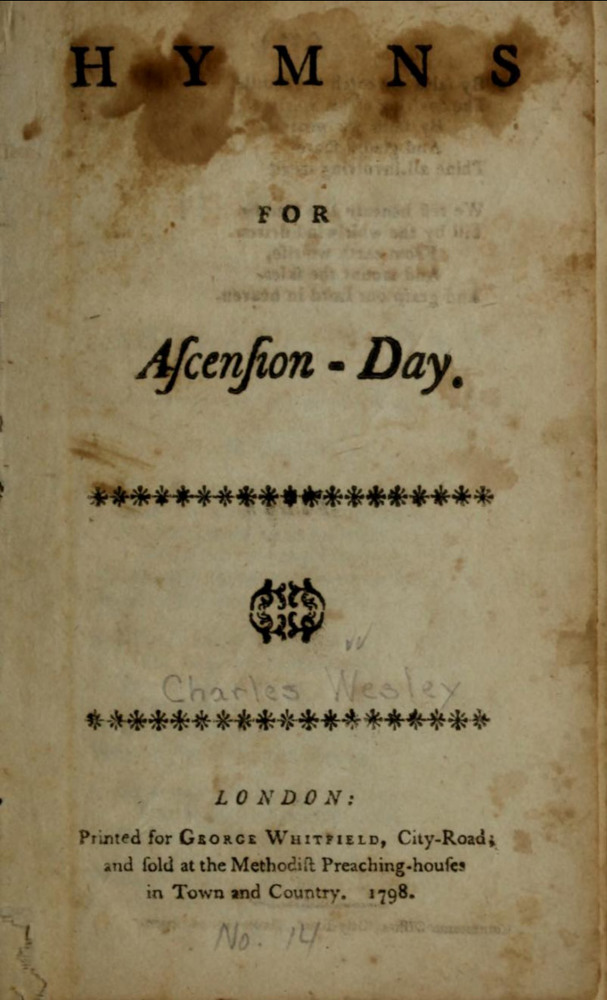 One significant member of this club was George Whitfield. Whitfield would become a renown evangelist and preacher in both England and America. However, Whitfield did differ from the Wesleys in his belief that people had no free will in their salvation. The Wesleys believed that God gave grace to all people and that they were free to accept or reject salvation (Yriogen 2013, 4). 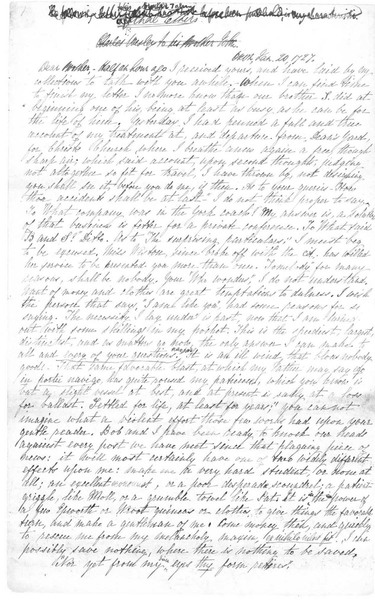 Letter from Charles Wesley while he was at Oxford to his brother John from 1727. Page 1 of 3.
View full item in the Atla Digital Library

← Previous
Next →
The First Methodist?