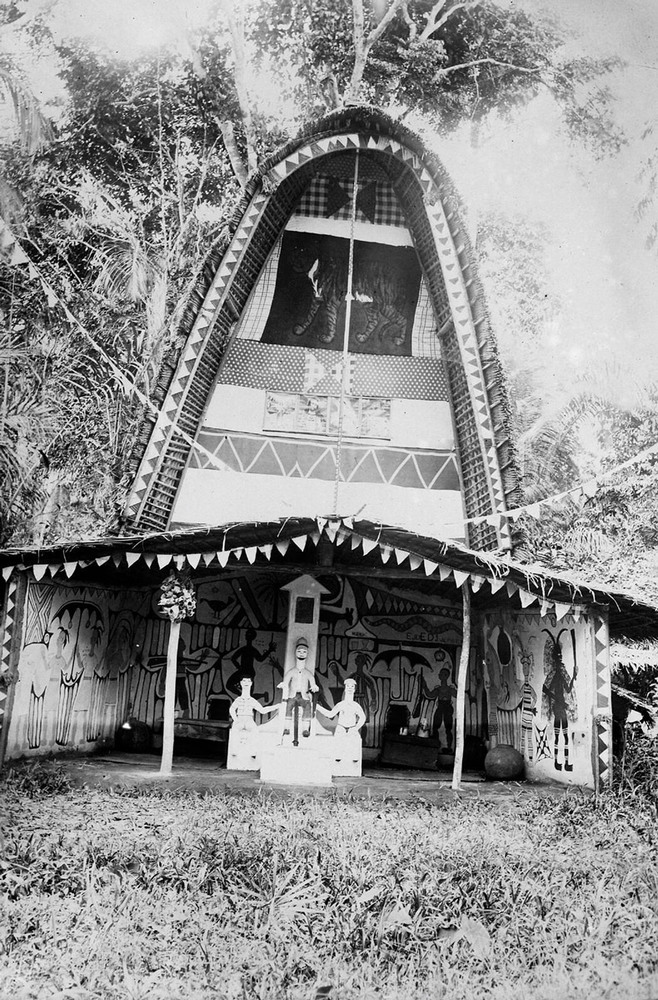 This photograph, taken during the course of a Catholic mission, depicts a traditional shrine house, which were a staple of indigenous traditional beliefs in the pre-Colonial era. While some now consider these old beliefs to be superstition, many, especially in rural areas, continue to adhere to their traditional religions, alongside their post-Colonial era faiths (Briggs and Wildman 2010, 330-31).

The image shows a traditional sacred space, built of daub, wood, and thatching. It’s interior and exterior walls depict a variety of figures, including a tiger, a shaman, an umbrella, and a bird. Seated in the centre of the shrine, is a dominating throne-like sculpture with a central, bearded figure, flanked by two others. The entire building is highly decorated with patterned cloths covering the facade. Animal skulls are hung on the pillar on the left of the photograph. And around the interior space are cups and jugs, possibly for libations.

It I impossible to look on this structure and not wonder what it was built in honour or worship of. 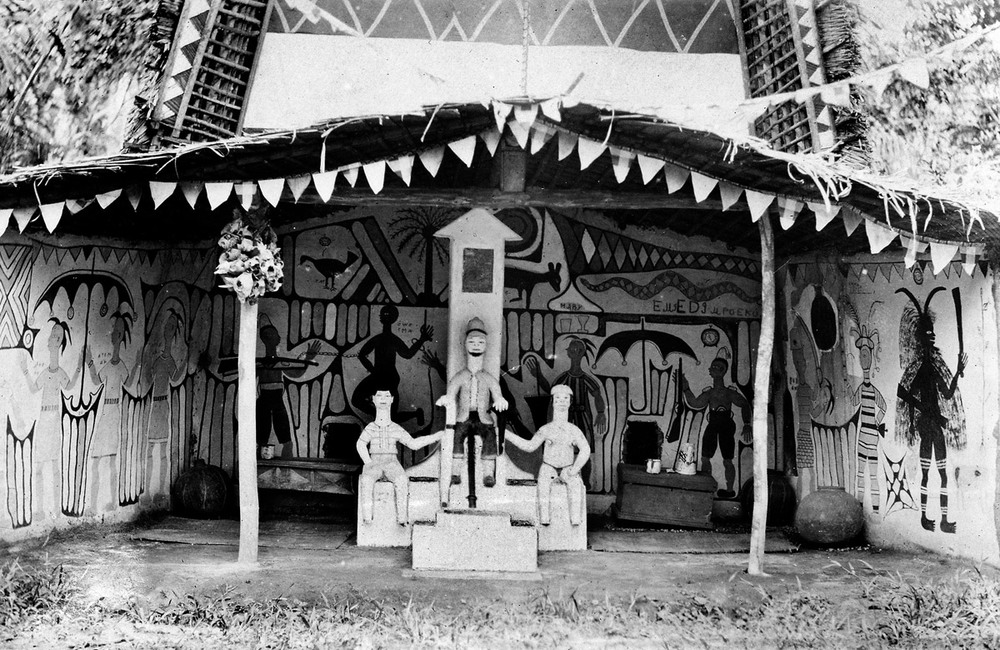 This is a close-up of the throne-like sculpture with a central, bearded figure, flanked by two others. Two of the three figures are dressed in non-traditional garb, which may point to the creation of at least this part of the shrine in the post-Colonial era.

A profound encounter in a still place; the figures inside evoke a feeling of power. This is what all sacred places do. Compare this image to the upcoming interiors of the Western derived churches.