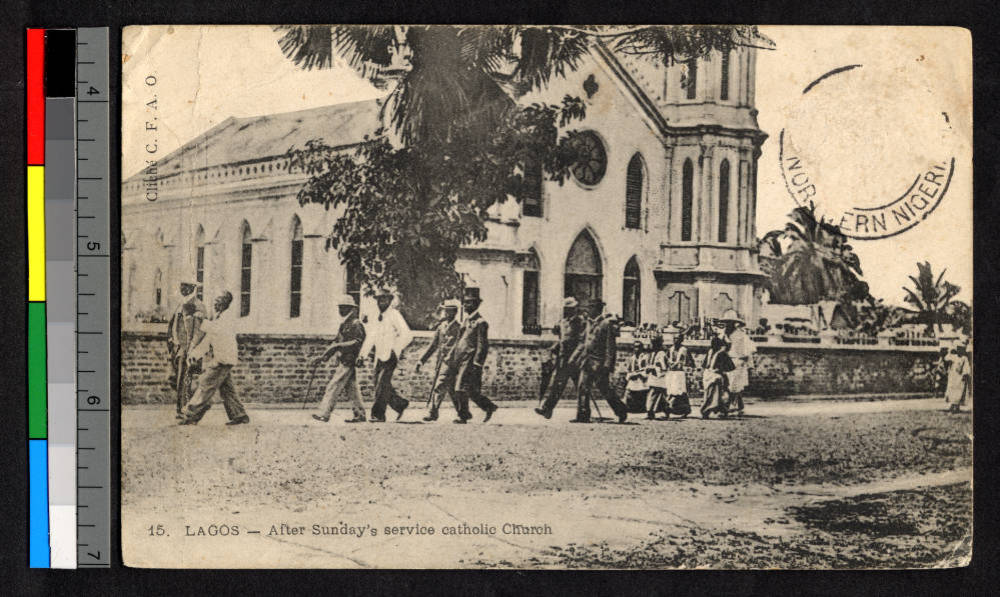 The text on the card, “Cliché C.F.A.O” are a clue to the postcard’s origin. “Cliché” is French for a ‘photo’ and further research shows that C.F.A.O is a French conglomerate, who at one time was a publisher of postcards.

This postcard depicts a group of Nigerian churchgoers walking in front of a low-walled, large Catholic church, “after Sunday’s service.” The men are dressed in Western-style attire. There is an air of camaraderie amongst the group, in their suits, hats, and canes. While the date of the image is not known, there is a note and a 1917 postmark on the back of the card. 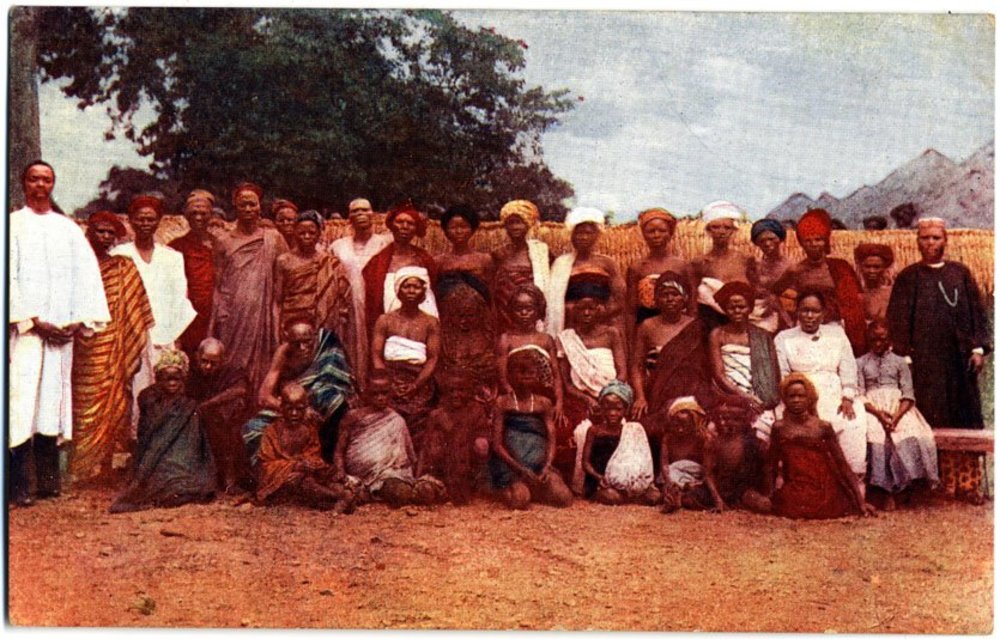 This postcard depicts a Nigerian congregation from an unnamed church in the “Lago district.” On either side of the group stand their spiritual counsellors; by their vestments, they seem to be a reverend father and possibly a deacon. The mixed crowd of men and women wear varieties of traditional wrappers, except for two young women on the right who are dressed in Western-style clothes.

Brought to vivid life by the colourisation technique used in the printing, the congregation pose outdoors for their photographer. Though they are not within the confines of a sacred edifice, their image evokes the human and communal aspects of the sacred. 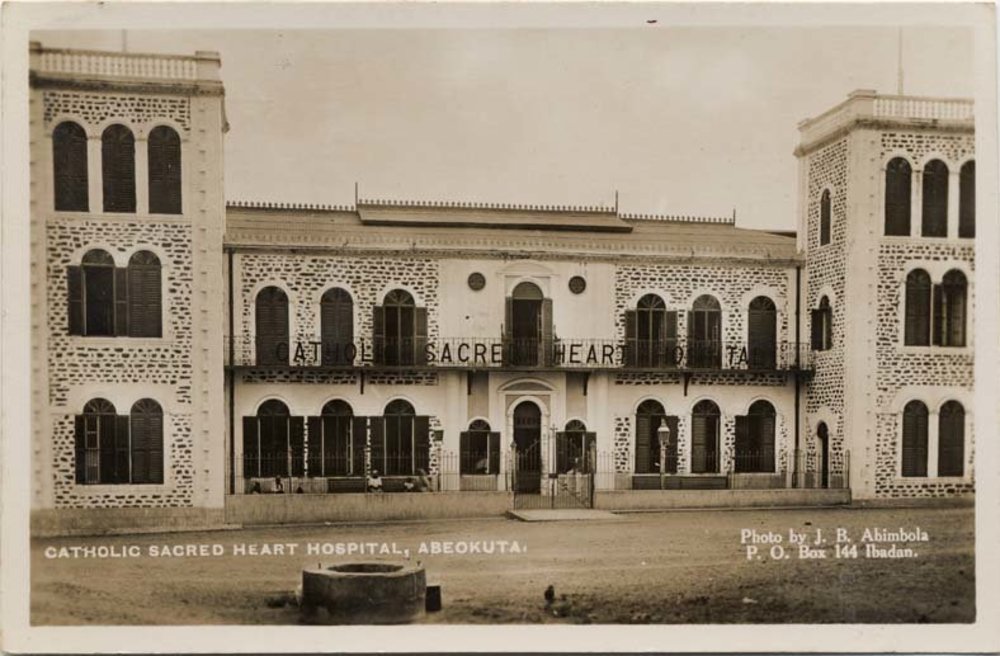 This postcard view of the Catholic Sacred Heart Hospital in Abeokuta, dates from the 1910s-1920s. The hospital itself was founded by the Society of African Missions of the Catholic Church, in 1895. It is the first Catholic hospital in Nigeria, which still operates today although in a different location, and provides a variety of medical services, an orphanage, and a nursing school (Ikegbule 2019).

The image shows an imposing, Western-style brick building with the name of the hospital across the front of its second story.  This space, established by a Catholic mission, has long been the site of healing and convalescence. It is a testament to what sacred communities can build to support their communities and thrive.