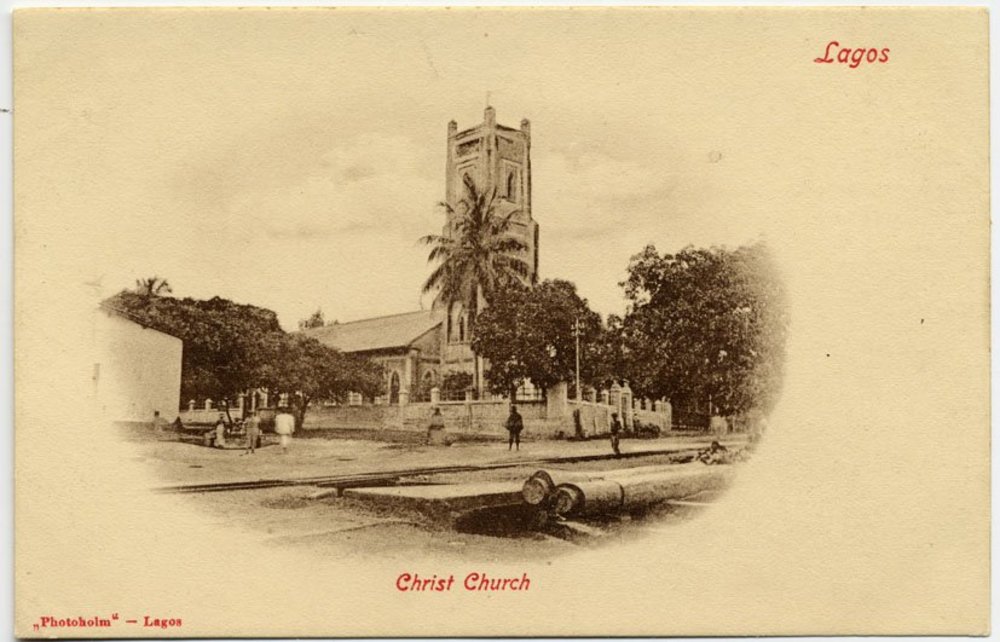 This postcard view of Christ Church in Lagos, captures the gigantic cathedral in a rare lull of human activity. The image was captured by Neils Walwin Holm, the first African member of the Royal Photographic Society of Great Britain. Holm travelled widely, regularly taking photographs in Nigeria and Great Britain. His cards can be identified by the “Photoholm” logo, visible in the lower left corner of this postcard. He produced a large number of “African pictorials”, from 1882 until his death in 1927. His son then took on the business for sometime.  Holm’s postcards are a recordiof the Colonial Era, especially around Lagos.

The image on this postcard was published between the 1890s and mid-1920s. It shows the front “shoulder” of a low-walled cathedral building, obscured by trees. There is a quality of ephemerality in this postcard, not only because of the style, but due to the angle and framing that the photographer has chosen, as well. 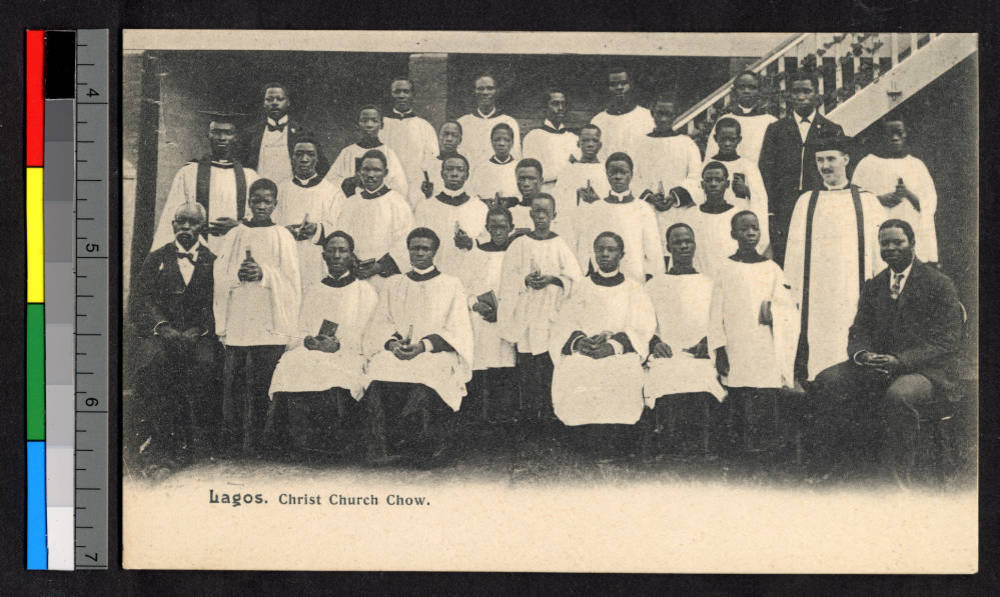 A photographic postcard of the laity and some lay members (possibly the choir) of Christ Church.