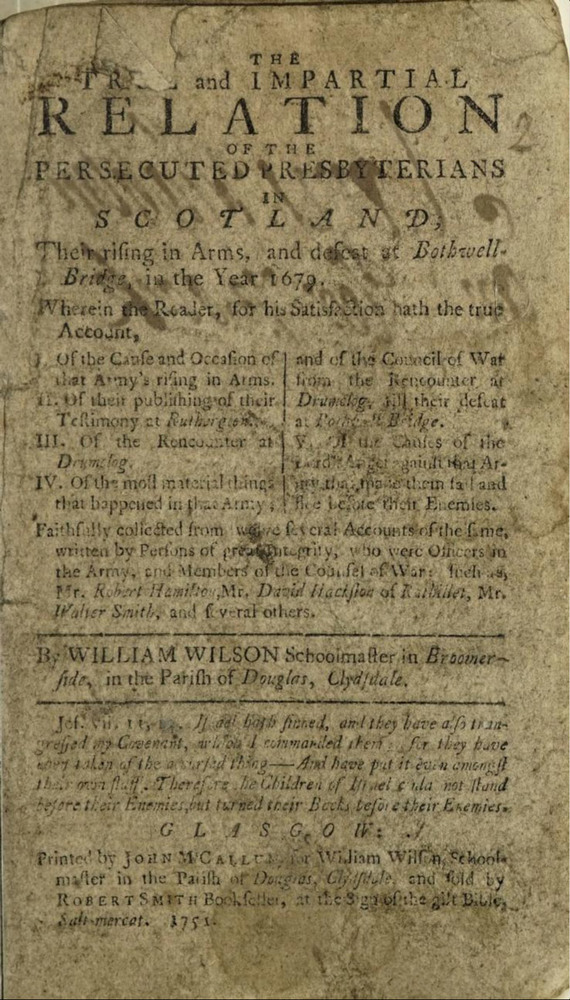 An eighteenth-century early print book that includes accounts of the seventeenth century Scotch presbyterian uprising and the “anger of the Lord” that turned against the Scottish army at Bothwell Bridge, and what lead to this change in God’s emotions and his anger at the Scottish army.
View the full item in the Atla Digital Library.

Between the medieval and modern periods there is a time of heightened focus on the anger of God in Western Christianity. Consider the infamous eighteenth-century sermon of Jonathan Edward’s “Sinner’s in the Hands of an Angry God” and the rise of fire and brimstone preachers. The affect of anger became a heralded warning of God’s judgement and the desperate need to repent. Anger was a rhetorical tool used to evangelize, and anger was an emotion God had toward sinners, but how did this rhetoric effect the perception of human emotions and feelings of anger? Sins and anger appear in the items from this period to have a more hierarchical cause and effect relationship: sin causes God’s anger. 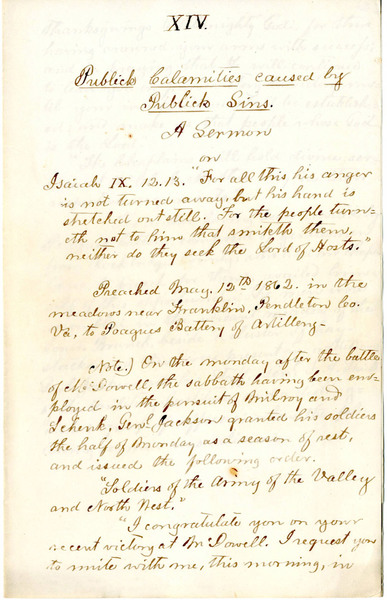 A handwritten sermon from May 12th 1862. A piece of every-day history from the Civil War in the United States, this sermon was given by Robert Lewis Dabney, a Union Seminary professor and Stonewall Jackson’s Army Chaplain, “in the meadows near Franklin, Pendleton Co. Va, to Poagues Battery of Artillery." The sermon is titled: “Sermon XIV. "Publick Calamities Caused by Publick Sins. A Sermon on Isaiah IX. 12.13” and discusses the paradox of God’s anger and grace. View full item in the Atla Digital Library. 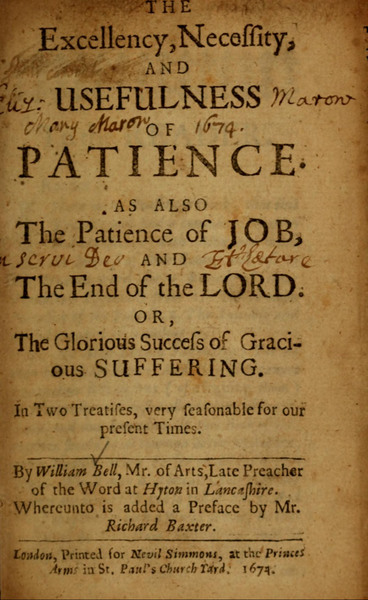 This digitized seventeenth century early printed book by William Bell titled: The excellency, necessity and usefulness of patience: as also the patience of Job, and the end of the Lord.
View full item in the Atla Digital Library