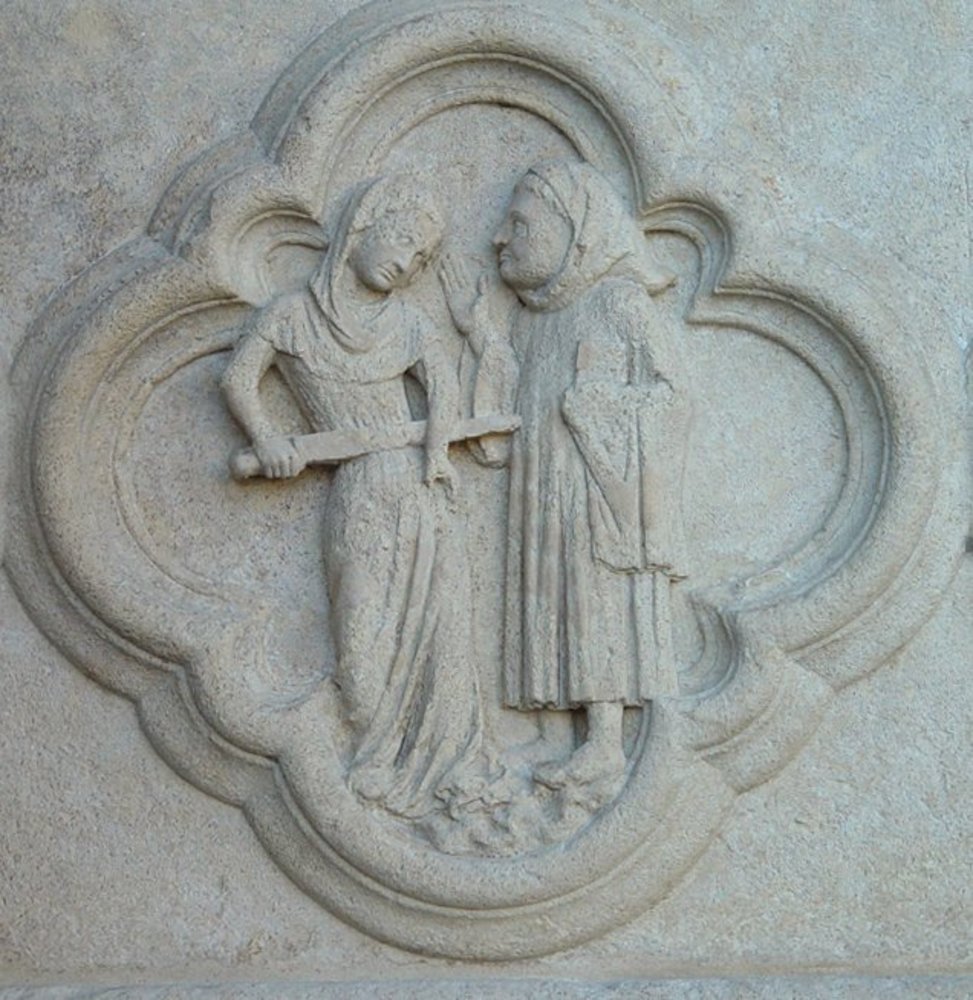 From the Cathedral of Notre Dame in Amiens, France: a carved quatrefoil example of a woman stabbing a man in anger.
View full item in the Atla Digital Library.

Anger in general has a negative reputation as a moral vice and is even listed amongst the seven deadly sins: Pride, Greed, Wrath Envy, Lust, Gluttony, and Sloth. An example of this negative definition of anger is depicted in the carved stonework of the medieval cathedral in Amiens, France, where a woman is shown stabbing a man.

3 And he said to the man with the withered hand, “Come here.” 4 And he said to them, “Is it lawful on the Sabbath to do good or to do harm, to save life or to kill?” But they were silent. 5 And he looked around at them with anger, grieved at their hardness of heart, and said to the man, “Stretch out your hand.” He stretched it out, and his hand was restored. (Mark 3:3-5 ESV) 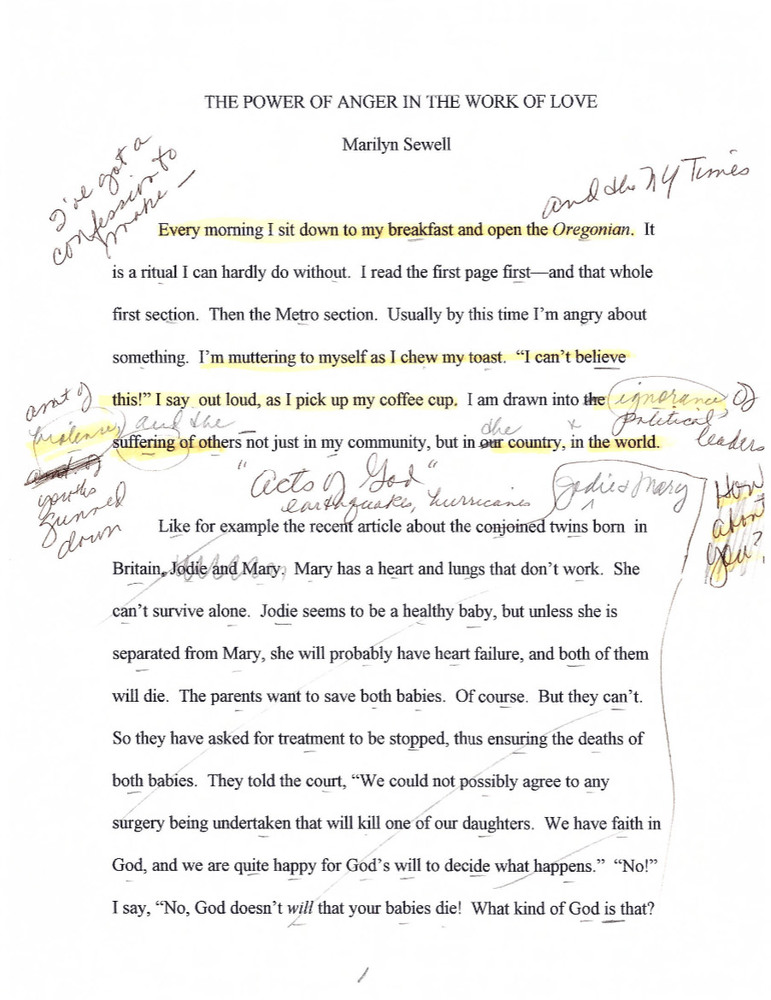 The Power of Anger in the Work of Love” is a manuscript from the year 2000 with handwritten annotations and edits, sermon of Rev. Dr. Marilyn Sewell, Unitarian Universalist minister, climate justice activist, and professional speaker.
View full item in the Atla Digital Library.

Connections between social justice and anger are visible in this exhibit’s example from the twenty-first century sermons of Rev. Dr. Marilyn Sewell, “The Power of Anger in the Work of Love”. Sewell writes in this sermon of the anger she feels every day, anger that is often caused by frustration and grief.

In this exhibit, I will show how anger’s place in the long history of Christian theology is more nuanced and diverse than it may originally seem. I have included here various forms of media from the Atla Digital Library that illustrate the ranges of anger’s interpretations and depictions within the history of the Christian church. I explore the concept chronologically, beginning with the medieval period, moving into the early modern to the nineteenth century, and finally the twentieth and twenty-first centuries. In addition, I included an item concerning patience from each period, since patience is commonly used as the antithesis of anger within theological moral parallels.

← Previous
Next →
Anger: Good or Bad?